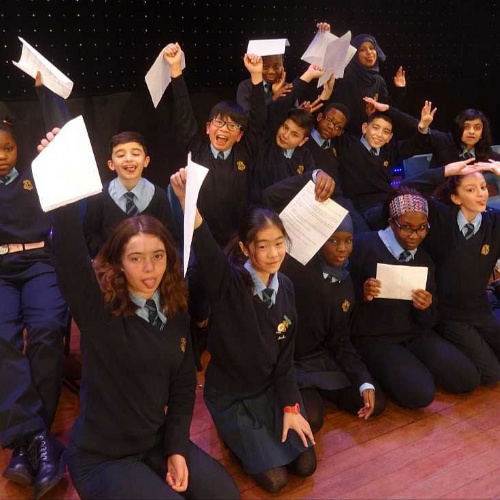 Earlier this term, Gladesmore held our Year 7 School Council Elections. Each Year 7 tutor group nominated two candidates. The candidates presented their campaign speeches during an extended Year 7 assembly.
The voting took place on Monday 1st February 2016. We had a great turn out, with 73% of Year 7 students casting a vote; our highest amount of votes to date!
It was a closely contested election but those elected were: Jiali from 7AWE;  A’Jani from 7BRN; Berkan from 7CMA and Maariyah from 7SWM.
Well done to all students that took part and congratulations to our newly elected councillors. We look forward to working with them in the coming months!